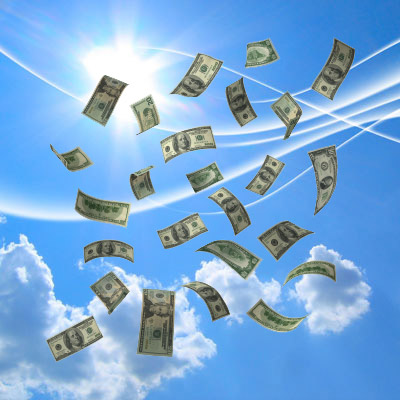 Is it a case study in how tough the economic environment is for today’s businesses or simply a great leap forward that levels the playing field for small businesses looking to gain the same transparency, efficiency and management tools that used to be reserved only for monster capital corporations?  It would seem its both.

The move into cloud computing for business management needs seems to be more out of necessity now as opposed to novelty.  Case in point this recent eWeek article “Cloud Computing Remains Top Investment Priority” that echoes what we’ve been hearing from prospective clients.

In a similar poll conducted in December 2010 and January 2011, 44 percent of 262 respondents said cloud computing topped their IT priority list for 2011. The more recent poll, which drew 300 responses, was conducted on the company’s website in September and October 2011.

Other respondents to the poll listed cyber-security (21 percent), mobile/social computing (21 percent) and big data (8 percent) as their top 2012 IT priorities.”

Powerful Management Tools For Any Business

AnaTango’s own Cloud Business Management Suite (Anavation, Anavoy) is primed to fill this need by offering extremely powerful strategic, operation and inventory management that can continuously (and collaboratively) track key performance indicators down the individual assignment/task level for each employee.  This level of business management common to Strategy Deployment Planning (SDP) was once something only larger companies with giant IT budgets could afford, normally through a miasma of Enterprise Resource Planning (ERP) products folded together into a workable (yet inherently expensive) solution.

Compatibility issues aside, ERP amounts to the old way of doing things built in era where broadband/internet connectivity fired up with the sound of dial tones and pings (perhaps you remember those days of CompuServe, AOL or Prodigy?).  Today’s ERP-based systems are still the norm for most businesses, but the price of admission (service contracts/seats) for most small/medium businesses remains a budget breaker.

This was the reason why AnaTango built its Cloud Business Management Suite from the ground up to the cloud to answer these challenges with a fully customizable, modular interface (known as Adaptive Management Infrastructure) that brings the full power executive-level SDP management into the hands of every business.

The “Big Fish” Are Taking Notice…

As seen in this article, large multinational corporations aren’t keen on sitting on the sidelines as SMBs lead the charge into cloud services.

“It’s no longer just SMBs that are keen on the cloud. Multinational companies want a piece of the action too

Cloud services are gaining momentum among large organisations, marking an expansion from the traditional user base of small and medium-size businesses (SMBs), according to new research.

Adoption of cloud services within multinational corporations (MNCs) is up 61 percent from April 2010, with 45 percent of these companies now outsourcing at least some of their key IT services to the cloud. The research was carried out by analyst firm Ovum, on behalf of Cable & Wireless Worldwide, and surveyed more than 100 MNCs across Europe, North America and Asia Pacific.”

Cloud Services Are a Necessity, No Longer a Novelty

With most leading economists in agreement that the global macro and local economic environment will see plenty of headwinds/challenges into 2012, it makes sense businesses large and small are looking to maximize their shrinking IT/management services budgets.  The lure of a multi-platform, fully collaborative/transparent, management platform without the large hardware/IT costs is one that is sure to draw an even greater percentage of businesses into the cloud services fold for 2013 and beyond.

Immediate return on investment with key performance indicator and cost management savings simply works in any economic environment.  Even as the next great bull market runs again, the positives offered by cloud-based management services won’t lose their luster, rather we believe more businesses will spend even more to fully integrate it. – Rob Mayeda