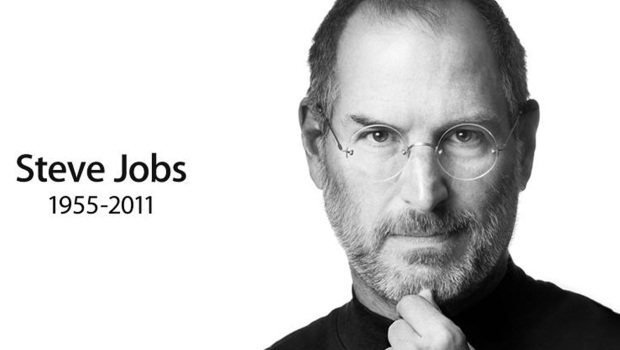 Apple co-founder and Chairman Steve Jobs died today. He was 56.

Jobs had been suffering from various health issues following the seven-year anniversary of his surgery for a rare form of pancreatic cancer in August 2004. Apple announced in January that he would be taking an indeterminate medical leave of absence. Jobs then stepped down as chief executive in late August, citing his inability to “meet my duties and expectations” stemming from his illness.

In a statement, Apple said paid tribute to its one-time leader as ” a visionary and creative genius” adding that the world had “lost an amazing human being.”

“Those of us who have been fortunate enough to know and work with Steve have lost a dear friend and an inspiring mentor. Steve leaves behind a company that only he could have built, and his spirit will forever be the foundation of Apple,” the company statement said.

Jobs had undergone a liver transplant in April 2009 during an earlier planned six-month leave of absence. He returned to work for a year and a half before his health forced him to take more time off. He told his employees in August, “I have always said if there ever came a day when I could no longer meet my duties and expectations as Apple’s CEO, I would be the first to let you know. Unfortunately, that day has come.”

One of the most legendary businessmen in American history, Jobs turned three separate industries on their head in the 35 (April 1, 1976) years he was involved in the technology industry.

Personal computing was invented with the launch of the Apple II in 1977. Legal digital music recordings were brought into the mainstream with the iPod and iTunes in the early 2000s, and mobile phones were never the same after the 2007 debut of the iPhone. Jobs played an instrumental role in the development of all three, and managed to find time to transform the art of computer-generated movie-making on the side.

Video: Steve Jobs retrospective
Video: The charisma of Steve Jobs: From the Mac to the iPad
Steve Jobs steps down from Apple
Jobs and the Apple MacBook: The laptop that changed (almost) everything

The invention of the iPad in 2010, a touch-screen tablet computer his competitors flocked to reproduce, was the capstone of his career as a technologist. A conceptual hybrid of a touch-screen iPod and a slate computer, the 10-inch mobile device was Jobs’ vision for a more personal computing device.

Jobs was considered brilliant yet brash. He valued elegance in design yet was almost never seen in public wearing anything but a black mock turtleneck, blue jeans, and a few days worth of stubble. A master salesman who considered himself an artist at heart, Jobs inspired both reverence and fear in those who worked for him and against him, and was adored by an army of loyal Apple customers who almost saw him as superhuman.

Jobs was born in San Francisco in 1955 to young parents who gave him up for adoption. Paul and Clara Jobs gave him his name, and moved out of the city in 1960 to the Santa Clara Valley, later to be known as Silicon Valley. Jobs grew up in Mountain View and Cupertino, where Apple’s headquarters is located.

He attended Reed College in Oregon for a year but dropped out, although he sat in on some classes that interested him, such as calligraphy. After a brief stint at Atari working on video games, he spent time backpacking around India, furthering teenage experiments with psychedelic drugs and developing an interest in Buddhism, all of which would shape his work at Apple.

Back in California, Jobs’ friend Steve Wozniak was learning the skills that would change both their lives. When Jobs discovered that Wozniak had been assembling relatively (for the time) small computers, he struck a partnership, and Apple Computer was founded in 1976 in the usual Silicon Valley fashion: setting up shop in the garage of one of the founder’s parents.

Wozniak handled the technical end, creating the Apple I, while Jobs ran sales and distribution. The company sold a few hundred Apple Is, but found much greater success with the Apple II, which put the company on the map and is largely credited as having proven that regular people wanted computers.

It also made Jobs and Wozniak rich. Apple went public in 1980, and Jobs was well on his way to becoming one of the first tech industry celebrities, earning a reputation for brilliance, arrogance, and the sheer force of his will and persuasion, often jokingly referred to as his “reality-distortion field.”

The debut of the Macintosh in 1984 left no doubt that Apple was a serious player in the computer industry, but Jobs only had a little more than a year left at the company he founded when the Mac was released in January 1984.

By 1985 Apple CEO John Sculley–who Jobs had convinced to leave Pepsi in 1983 and run Apple with the legendary line, “Do you want to spend the rest of your life selling sugared water or do you want a chance to change the world?”–had developed his own ideas for the future of the company, and they differed from Jobs’. He removed Jobs from his position leading the Macintosh team, and Apple’s board backed Sculley.

Jobs resigned from the company, later telling an audience of Stanford University graduates “what had been the focus of my entire adult life was gone, and it was devastating.” He would get the last laugh.

He went on to found NeXT, which set about making the next computer in Jobs’ eyes. NeXT was never the commercial success that Apple was, but during those years, Jobs found three things that would help him architect his return.

The first was Pixar. Jobs snapped up the graphic-arts division of Lucasfilm in 1986, which would go on to produce “Toy Story” in 1995 and set the standard for computer-graphics films. After making a fortune from Pixar’s IPO in 1995, Jobs eventually sold the company to Disney in 2006.

The third was Laurene Powell, a Stanford MBA student who attended a talk on entrepreneurialism given by Jobs in 1989 at the university. The two wed in 1991 and eventually had three children; Reed, born in 1991, Erin, born in 1995, and Eve, born in 1998. Jobs has another daughter, Lisa, who was born 1978, but Jobs refused to acknowledge he was her father for the first few years of her life, eventually reconciling with Lisa and her mother, his high-school girlfriend Chris-Ann Brennan.

Jobs returned to Apple in 1996, having convinced then-CEO Gil Amelio to adopt NeXTStep as the future of Apple’s operating system development. Apple was in a shambles at the time, losing money, market share, and key employees.

By 1997, Jobs was once again in charge of Apple. He immediately brought buzz back to the company, which pared down and reacquired a penchant for showstoppers, such as the 1998 introduction of the iMac; perhaps the first “Stevenote.” His presentation skills at events such as Macworld would become legendary examples of showmanship and star power in the tech industry.

Jobs also set the company on the path to becoming a consumer-electronics powerhouse, creating and improving products such as the iPod, iTunes, and later, the iPhone and iPad. Apple is the most valuable technology company in the world, and has a market capitalization second to only ExxonMobil, which Apple surpassed multiple times this past August.

He did so in his own fashion, imposing his ideas and beliefs on his employees and their products in ways that left many a career in tatters. Jobs enforced a culture of secrecy at Apple and was an extremely demanding leader, terrorizing Apple employees when he returned to the company in the late 1990s with summary firings if he didn’t like the answers they gave when questioned.

Jobs was an intensely private person. That quality put him and Apple at odds with government regulators and stockholders who demanded to know details about his ongoing health problems and his prognosis as the leader and alter ego of his company. It spurred a 2009 SEC probe into whether Apple’s board had made misleading statements about his health.

In the years before he fell ill in 2008, Jobs seemed to soften a bit, perhaps due to his bout with a rare form of pancreatic cancer in 2004.

In 2005, his remarks to Stanford graduates included this line: “Remembering that I’ll be dead soon is the most important tool I’ve ever encountered to help me make the big choices in life. Because almost everything–all external expectations, all pride, all fear of embarrassment or failure–these things just fall away in the face of death, leaving only what is truly important.”

Later, in 2007, he appeared onstage at the D: All Things Digital conference for a lengthy interview with bitter rival Bill Gates, exchanging mutual praise and prophetically quoting the Beatles: “You and I have memories longer than the road that stretches out ahead.”